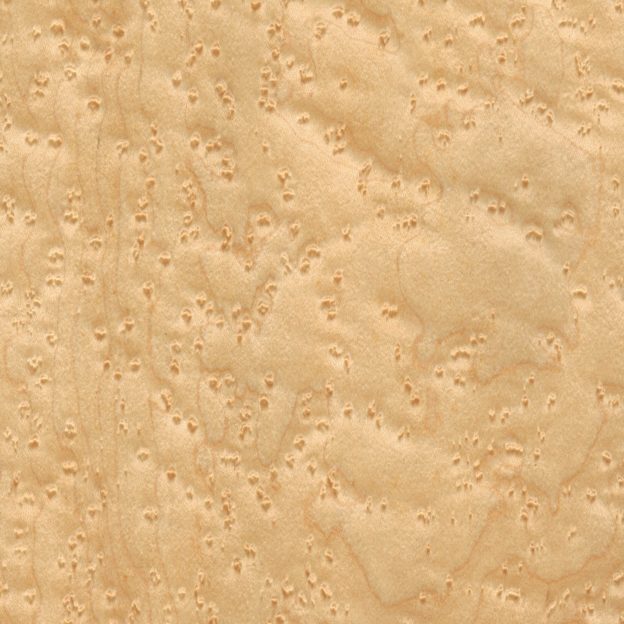 Found in Acer saccharum (Sugar Maple) trees, it’s named Birdseye” because the figure resembles small bird’s eyes. The “eyes” are formed when numerous branches form in an attempt to gather more sunlight for the trees development. Due to poor growing conditions, these newly formed branches are abandoned in favor of other growth in the tree. What is left of the forming branch forms the Birdseye figure.